For the past few months/weeks, Senator Ike Ekweremadu has been detained in the United Kingdom, alongside his wife, Beatrice Ekweremadu, for alleged organ harvest involving a certain Nigerian boy. Though his wife has since been released.

Meanwhile, I want you to understand that this whole thing came as a result of the Ekweremadus efforts to source a kidney for their daughter, Sonia, who is in a dire need of kidney transplant. To the extent that few days ago, she (Sonia) had to go public, begging for kidney donation from people, gave reason why a member of her family cannot donate a kidney to her. This alone is enough to activate the feelings of empathy and sympathy for this young lady in question.

Well, the story has since continued to generate mixed reactions from people, mostly across social media platforms. Sadly, the kind of reactions from a lot of Nigerians is highly disturbing, and obviously despicable. It hurts to see how much of inhumanity resides in most people, who do not care about the health challenges of their fellow human any longer. 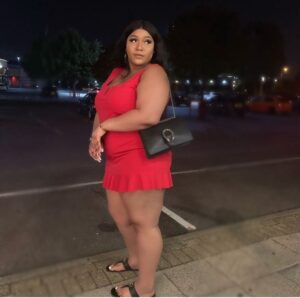 There’s nothing anyone will tell me to convince me to believe that she truly deserve the sort of treatments being meted out to her! If you were to be in her shows, how will you feel going through her current predicament? In as much as people bear different grudges against her father or family, for reasons best know to them, it is very bad that people fail to understand that this young lady deserves a lot of love, support and prayers at this point in her life.

Yes, because I was raised to know that, in everything we do in this life, humanity comes first, which is what distinctively differentiates human beings from other things created by God. Even if you won’t/can’t donate a kidney to save her life, it is very important we reactivate our Godly ‘human’ feelings, such that you understands that we are talking about human life here.

Equally, remember that sickness does not look at race, family background, wealth, class, etc. It can happen to anyone and at any time, and as such, should not be something to laugh at others because of theirs. 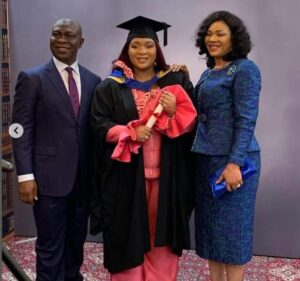 On the other, I’m sure there’s no one out there, especially among those involved in this act, who would say that this lady in question, has wronged him or her to the extent that the person cannot “feel sorry” over her current health predicament. So, it’s baffling and heartbreaking to encounter such inhumane reactions from many Nigerians.

And also have it in mind that, this is a young lady who’s just starting her life, and this kind of terrible health predicament came visiting. This alone is enough to make you feel real pity for her and her family as well. Once again, remember, it’s humanity first, love for your brother/neighbour, before any other thing follow suit.