For a very long time now, I have often had the urge to write on this very important issue, especially as it hurts me seeing some of the new crop of Nigerian celebrities going the way of their senior and predecessors in the entertainment industry, who went from grace to grass, financially.

Yes, we have over the years seen a lot of successful and wealthy Nigerian entertainers become paupers in a blink of an eye. Frankly speaking, the more I procrastinated about this piece, the more guiltier I felt, for the fact that I have not been able to let out this divine mandate, especially as it evident that many others being ravaged by same menace. 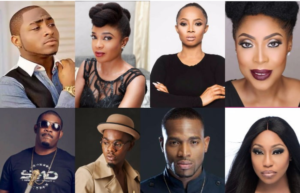 Well, a lot of Nigerian celebrities made a lot of money in the course of their career, especially at their prime, but most of them end up “pathetically broke” in no distant time. The simple and major cause of this is “financial illiteracy and bad money management”. This is just the simple truth, and sadly, many have equally refused to learn from the experiences of their predecessors.

A lot of the celebrities in this part of the world are so obsessed with frivolous, ostentatious, competitive and wasteful lifestyle. Most of the things that top their priority lists adds no value to their lives, directly or indirectly, rather, they indulge in it just for the sake of impressing the world and equally to be seen as a “happening guy or bebe”, who belongs to the class of those capable of spending wastefully.

For instance, a lot of them spend outrageous millions of Naira to service their wasteful and luxury lifestyle, as such, they end up squandering majority of their earnings on liabilities. They can spend 50, 100, 200 million Naira to buy a single luxury car, but have no single plot of land worth even 2million Naira in any part of the country. They rent expensive apartments for too many years with no single plan of owning their own house along the line. Equally, they attends most of the expensive clubs and night parties, while also wasting a lot of money on hotel bills and other activities that comes with it. 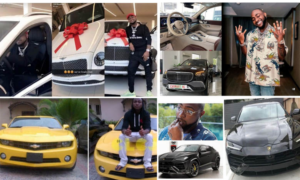 This continues year in year out, with the deceitful mindset that their careers will continue to fetch them same huge earnings as long as they live- what a crazy mindset! First of all, nothing stays the same forever, things must keep evolving, and there’s no guarantee that you must continue to maintain same top spot in the process of the aforementioned, as such, it is always wise to be prepared in case of financial fatalities.

No matter how good you think you are, my brother, my sister, one day you will be send packing from that stage, and others will occupy it as well. By then, the money won’t be coming in as before, and unfortunately you have not invested in what will be generating you money in the absence of the former career/source. By then, it has become too late, such that you do not have enough money to invest at this point and probably running into massive debts,  then there are upcoming bills. No doubt, depression will most likely set in, by then you are just left in between the “devil and the deep blue sir”. 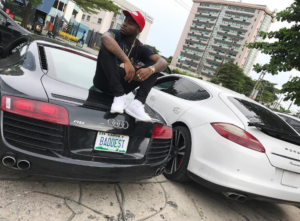 I don’t even know if some of these celebrities in question do understudy the lifestyle of some of the wealthy people around the world, especially outside the entertainment industry? How they continue to invest their earnings in more and more lucrative business interests/adventures? Do you think such people are not wise by continually putting their money into other ventures? Do you think they don’t know how to lavish money of luxuries and frivolities? Even whey they are far richer than these celebrities living on the fast lane.

Though I’m not a financial and investment expert, but be it known to you, that a single source of income will hardly cement your financial status, it is very hard. The only guarantee of such is multiple investments, in different fields of human endeavours. I challenge you to take a study of the Billionaires of the world, then you will see that they have continued to expand by investing in many business interests and pursuits.

In as much as sickness can come to anyone at any time in life, it is shameful seeing some of these celebrities who earned millions of Naira at their prime (career wise) end up begging for money to look after their health, even when the bill is not even up to 5-10% of what he or she earned in few weeks/months at their prime. 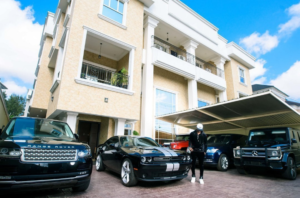 Nigerian celebrities must wake up and learn from the experiences of their predecessors who were unfortunate regards how they managed all the millions they earned. Imbibe the spirit and habit of investing in profitable ventures, for the sake of tomorrow, when the land won’t be filled with milk and honey any longer as usual.

A word they say “is enough for the wise”.

(Note: Photos used in this work are mere illustration and gotten from Google photos)