It is no longer news regards the death of the middle aged woman who died in a car accident while allegedly in a hot chase of her hubby over an issue involving the husband and an alleged mistress (side chic). Mixed reactions have continued to trail the incident with a lot of people putting a lot of blames on the deceased for exposing herself to such high level risk when she could have explored several other means in tackling the issue.

Well, the truth remains that she must have made a grave mistake by her actions or decisions, but we can’t continue heaping all the blames on the woman who was only trying to fight for something so dear and precious to her, which is the love and feelings she shared with her hubby. Most of us may not have experienced what ‘true love’ is all about, and what comes with it as well. You cannot take away deep level jealousy from the existence of true love on both sides, and such could have been the fate of anyone, be it the man or woman. 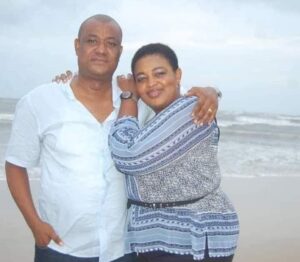 Yes, the result was not what she or any other person expected, but it has come to be, and we must look at it critically. I agree to the fact that she could have walked away as many had been saying in the aftermath of the ugly incident, but my dear, it is not always that easy as we often suggest or want. Love is such a strong existence, such that is sometimes very difficult to take certain tough decisions when you are caught up in the web of true love. You call it “blind love” but to the person involved, it is not what you call it, he or she sees it from a different angle.

Do you know how it hurts to hear that the person you love so dearly is sharing your love, feelings and time with someone else, a stranger? My dear, it hurts, and most people think this is so easy to handle as social media users will often suggest. Else, ask yourself why do some lovers still come back after years of divorce/separation? That alone tells you what comes with love itself, talk more of when it is “deep/true love”.

Forget about your blames and excuses, just ask yourself, does this woman deserve this kind of treatment? Does she deserve this sort of reward from her husband?

I will put a strong blame on the man, for subjecting his precious wife to this torturous experiences, especially in exchange for the beautiful and enviable love she had for him as his faithful and loving wife. In a world full of unfaithfulness in most marriages and relationships, it is very important that you cherish and treasure that faithful love served to you on a platter of gold. Meanwhile, should it be that you ain’t ready and willing to reciprocate same level of faithfulness, then it is better you don’t drag that person into your daredevil adventure. 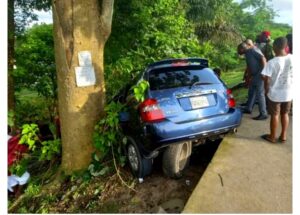 Some people cannot tolerate what thousands of others will tolerate, especially when it comes to relationship issues. If you are not ready to be faithful to your partner, it is better you don’t begin that journey with him or her, avoid subjecting people to such emotional torture just because you can’t control your rioting libido.

Meanwhile, on the other hand, I will advise any man or woman who finds his or herself in the above scenario to try as much as possible to avoid sacrificing his or her life for that unfaithful relationship, no matter what is at stake. Even though I understand that it is often difficult to take certain tough decisions, try and take that decision for the sake of your precious and irreplaceable life. If you eventually end up in the grave, same person you sacrificed your life trying to secure will definitely move on with another person, have it in your head.

Fight for your life first before you fight for the life of that love which is so precious to you. It is only the living that talk about love, and there was hardly any time the world was paused for the death of anyone, never! You are only mourned for few days, weeks or months, and life goes on.

So, while fighting for that love, that man or woman, have your life intact in the other hand, don’t end up gnashing your teeth only while in the grave- be wise!

Why The Society is Culpable as Woman & Children are Chased Out Over Husband's Death.