Why The Society is Culpable as Woman & Children are Chased Out Over Husband’s Death.

The sort of weird and bizarre stories we come across in this 21st century are most often embarrassing to humanity, most especially in this part of the world. The story of this young woman in this article is one of such stories, and such should not have a place in the present world.

This woman in question took to her TikTok account hours ago, to narrate the unfortunate and heartbreaking events she suffered in the hands of her husband people following the demise of her husband. According to her, she was accused of being responsible for the death of her hubby, subsequently subjected to all manner of inhumane treatments, including denying her access to her late husband’s house and other properties, just about a month after the death of her husband. 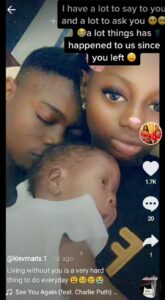 Aside the unproven allegation that she masterminded the death of her lovely husband, they came up with yet another barbaric antic, that her late hubby owes his siblings some undisclosed sum of money, of which they are trying to reclaim through the seizure of the deceased properties. To the extent that they had to chase her and her children out of the house the deceased toiled to build with his wife. What kind of inhumane attributes could this be? God forbid evil! 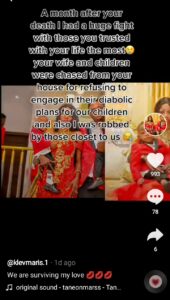 In as much as I’m not saying that the deceased siblings and parents should not have a share in the deceased wealth/properties, it is equally the height of wickedness to subject this woman and her children to this level of both physical, emotional and mental torture. More especially at a time she is still going through a lot over the unfortunate death of her beloved husband. Where is humanity headed to, all in the name of obsessive love for material things? 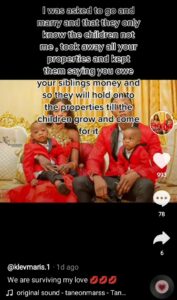 This kind of practices should never have a place in the world, more especially in this era of human existence. Meanwhile, it is some of our traditional institutions that give backing to these kind of things, else they should have united against it at all levels.

Even the government is evidently complicit in this man inhumanity to man, else why haven’t the government at all levels taken a strong stand against some of these evil practices frequently rearing up its ugly heads at different times and places? Parading it ugly self with so much impunity because of the immunity it has continued to enjoy from time immemorial till date. 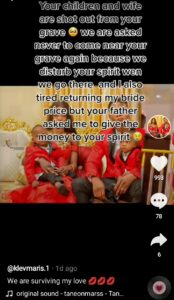 Few weeks ago, we witnessed a similar story in Abia State, of which a certain woman was accused of witch craft, and subsequently subjected to one of the worse human treatment one can ever imagine in this period of human existence. If not for the quick intervention of her daughter through several personalities, including the first lady of Abia State and a certain human rights activist, that case may as well has been swept under the carpet as usual, and life goes on as if nothing has happened.

Once again, government should not wait till some of these things happens before actions are taken, why can’t there be a proactive measures and actions with regards to such barbaric and inhumane treatments? Must we always be caught up in the rain before we begin to run into a shelter? These things are happening always in different parts of the country, just few are fortunate enough to make it to the news and given adequate attention, while hundreds of it go unnoticed and unpunished.

And the worse part of it is that most of these things are perpetrated against the female genders, who are often too weak to embark on such fights due to the high level conspiracy/conspiracies therein. Hence the reason government at all levels must sincerely get involved in this war against this evil.