Revealed: How Actress Destiny Etiko Got The Venza She Gave her Mum as Birthday Gift

Nollywood actress, Destiny Etiko remains one of the most talk about movie star in the country at the moment, and she has equally continued to splash huge money on cars and other enviable physical acquisitions. Well, sometime in August 2022, the Enugu State born actress surprised her mother with a car (Venza) as a birthday gift.

On the other hand, it has been revealed that the car the curvy actress gave her lovely mother as a 2022 birthday gift was her former white coloured Venza, which she repainted black and made some other changes in the car before presenting it to her mother on her birthday. 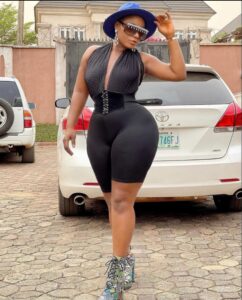 This was recently revealed by a certain Nollywood Director during a discussion about the success stories of some of the top actresses in Asaba. The movie director who pleaded for his name to be withheld is a close friend of the actress, and made it clear that he was privy to the whole arrangement.

According to the director, the actress took the decision because she had some other exotic cars in her garage, of which there’s no need housing all that car when she doesn’t make use of them as much as she used to. So, she decided to repaint the white Venza and subsequently presenting it to her darling mother as a surprise birthday gift. 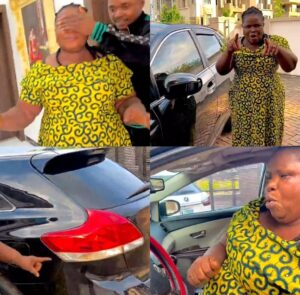 The said movie director also stated that he is not making this revelation as a result of envy or jealousy, but just one of such revelations that comes up during discussions with colleagues in the industry. 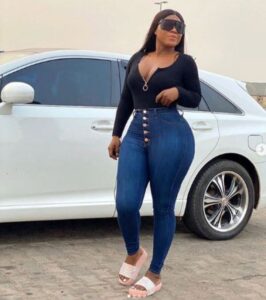 Worthy to note as well is the fact that he (the movie director) further made it clear that the actress is one person who doesn’t joke with her immediate family, as such, that is always willing to go any length in putting happy smiles on the faces of members of her family, especially her mother. A fact which has always been validated by members of the public, as always demonstrated in the actions of the actress.