National Awards: Why Teni Did No Wrong During Her Encounter With President Buhari

Popular Nigerian singer, Teni, whose real name is Teniola Apata was among many Nigerians, including entertainers that were honoured with National awards yesterday, October 11, 2022 by President Muhammadu Buhari. Teni was honoured with Member of the Order of the Niger, MON in a ceremony held at the Government House, Aso Rock Villa, Abuja.

Well, the talking point off the national event is the attitude of Teni after she collected her award from President Muhammadu Buhari, with many alleging to have perceived an act of disrespect and lack of appreciation from her to Mr. President during the award night. Some said she did not have an appreciative handshake with the President after collecting the award, even many others are seen hailing same act across social media platforms.

Funny and crazy indeed as it sounds! 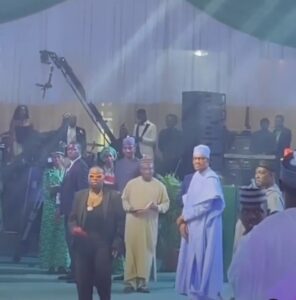 Well, I have taken out time to study the video of Teni receiving her own award from the President, to be sure of what actually went wrong and were she got it all wrong as well. Unfortunately I couldn’t find the fault line in the entire episode. Yes, when the young singer came up to the President, she was beaming with happy smiles, jointly held the award portrait with the President as they posed for a photograph, and her face was lit with same smiles. 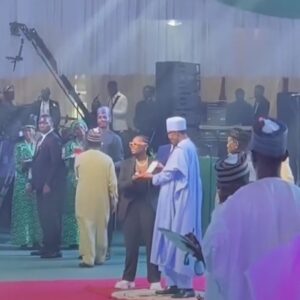 So, I don’t really understand what’s the controversy is all about, is it because we have always developed the habit of making mountains out of molehills? Sadly, you are even putting this young woman in the bad lights before the government, as you are projecting her as one with disrespectful and arrogant gene, where as that is the opposite of the case.

Teni only acted within the limit of what was offered to her at that moment, because if it had been that the number one citizen offered a handshake to her and she snubbed him, then she would have best fitted into all these assumptions and narratives being peddled here and there. But that was never the case. So, from the entire analysis we conducted regards this matter, we are of the opinion that people are only blowing the entire thing out of proportion, for a reason only known to them alone, and it is not good for Teni’s image.