National Honours: How Nigerian Artists Are Being Maltreated And Marginalized By Government

The 2022 Presidential Honours, otherwise known as the National Awards of Honour may have come and gone, but a lot of talking points have continued to be associated with the exercise. For instance, some people have spoken on the category of people who made it to the list, some have equally questioned the contributions of some of the names on the list, and several other issues being raised in the aftermath of the awards.

Well, amidst all of these controversies surrounding the said National Awards, one thing that has equally caught my own attention is the fact that over the years, Nigerian artists seems to have been relegated to the background when it comes to the exercise. This might sound strange to you, but it is an unfortunate situation which has not been given adequate media attention. 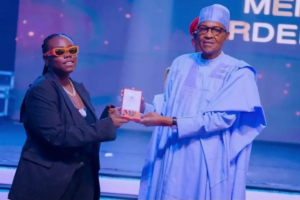 First is the number of Nigerian artists picked for such important national honours, which is glaringly poor and it has always been like that. Yes, in as much as everyone cannot make it into the list, but the number of artists selected is always nothing to write home about and this doesn’t speak well of how much we value the contributions of these artists to national growth.

Even when we have seen a lot of names on the list that doesn’t merit it, in their large numbers as well, yet some of these artists who have consistently added gold to the name and image of the country, both home and abroad. Yet these group of people are not adequately rewarded and appreciated during a time like this. Which is a clear case of not appreciating the hard work, dedication and tasking efforts of these great persons, who have never stopped bringing honours to the country.

On the other hand, we have equally seen over time that most of these artists who eventually make it into the list are often restricted to the categories of “Member of Order of the Federal Republic, MFR, and Member of the Order of Niger, MON” being among the least categories in the said awards/honours. Why? Aren’t there Nigerian artists who are worthy of the more prestigious categories? Or is there something those involved in the selection process need to tell us about, on why the  categorization is done that way? And once again, this goes a long way in reaffirming the fact that the efforts of these artists are not adequately appreciated/valued by those in authority. Yes, these awards shouldn’t be subjected to such career discriminatory selection, rather it should be based on positive contributions and impact. We know a lot of Nigerian artists who have done great things for the country in many ways and over the years; creating jobs, fostering peace and unity, doing lots of humanitarian works, shaping up the image of the country on the global stage, and many other immeasurable contributions to their fatherland. So, why shouldn’t they get adequate recognition when others in the other fields are doing same?

Therefore, I urge the government to make the necessary changes with regards to the aforementioned issues. Every human endeavour is vital to the growth of any nation, as such, too much attention should not be given to the political and business spheres, at the detriment of the others, especially the entertainment/sports/literary industry.

Besides, the impact of the works of some of these artists in our society can never be overemphasized. For instance, just that Grammy Award won by Burna Boy projected the name of the country to an enviable height, but because it is an achievement outside the shore of the political and business climate, then the government might as well not value it that much, or as expected of them. 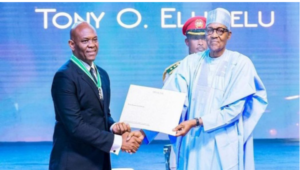 So, let the right thing be done with regards to the subject matter. Meanwhile, we are equally appreciative of what has been done by the government so far, we are talking about the artists who have been honoured thus far, but there’s need for improvement, in order to strike a satisfactory balance to the happiness of everyone.

We all disappointed you- Music Star Zoro Mourns Tidinz