Death they say is an inevitable end for all, and on the other hand it is one of the most traumatic experience for mankind. And the shocking death of Nollywood actor and producer, Alpacino Eneh Innocent is one death too many. And he is one the promising talents in the movie industry.

The sad news of the death of the Nollywood actor has once again thrown the Nigeria movie industry into mourning. The heartbreaking news was broken in the early hours of today, October 13, 2022, by some of the colleagues of the deceased via their various social media platforms.

According to Nollywood actor and producer, Ogbonna Elvis Ifeanyichukwu who was among those that disclosed the news earlier in the day, he lamented the fact that one who looks so healthy and lively could just pass away like that, which has made him tag life as a “scam”. Further, he pleaded for all those who he had wronged to forgive him, as he urged people to be ready to depart the world at any moment of their lives. 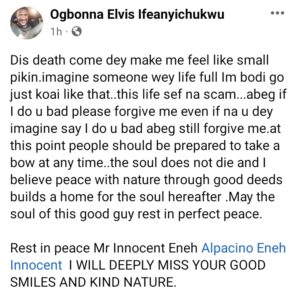 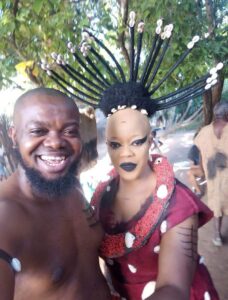 Nollywood actress, Maryann Ugwu while mourning the deceased equally urged people to always check up on their loved ones.

“Sorry I didn’t check up on you during your last moments. Rip,” she added. 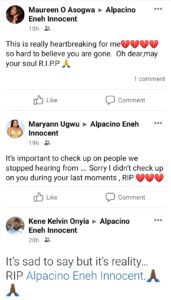 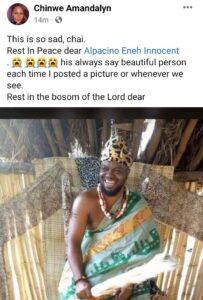 Meanwhile, the cause of his death has not been made known to the public. The young has been in the movie industry for quite some years now, and has equally featured in a lot of movies for the industry along some notable actors like Ebere Okaro, Eve Esin, Mary Igwe, Sam Obiagwu, Mike Ezuruonye, and a host of others.

The death of the Enugu State based/born actor comes at a time the entertainment industry is still mourning the death of another promising talents in the music industry, Tidinz, and that of former Big Brother Naija, BBNaija, housemate, Rico Swavey, who died earlier today following a ghastly motor accident.

Monkeypox: Why The Media Should Be Held Accountable As Number of Cases Increases Globally