Monkeypox: Why The Media Should Be Held Accountable As Number of Cases Increases Globally

According to the Voice of America, VOA, the World Health Organization, WHO, has recorded a frightening surge in the cases of Monkeypox in recent weeks/months. Meanwhile, the World Health Organization Chief, Tedros Adhanom Ghebreyesus on Wednesday, October 12, 2022, revealed that about seventy thousand (70,000) cases of Monkeypox have now been reported to the United Nations, UN, health agency within 2022 alone, while the number of deaths is significantly low at the moment.

Regardless of the frightening number of cases recorded so far, we are equally aware that the number of cases might as well be higher than the publicly available figure because it is obvious that not all cases will make it to that data table. This is even as about 107 World Health Organization member states have recorded varying number of cases this year alone, according to VOA. So you can imagine the number of countries that the disease have visited so far? 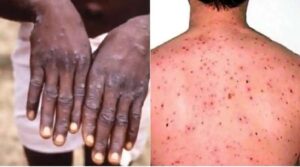 But the problem is not just the number of cases reported or the compliance of the world to the stipulated heath practices, but the major problem at the moment is the poor media attention dedicated to the pandemic which even WHO has since declared a public health emergency of international concern. But look how much media attention is being given to such a serious health crisis? Just like at the peak of COVID-19 pandemic, the unrelenting heavy media coverage given to the pandemic was one of the major reasons the world was able to record the applaudable success it achieved in the fight against the pandemic so far.

We all saw how the media, world over, took the bull by its horn, as such, to the extent that both the kids instantly became aware of the COVID-19 health guidelines, the importance of abiding by the health guidelines and otherwise. But how many people as of today are even aware of what this Monkeypox is all about, talk more of the various health guidelines? Which once again boils down to the fact that the media has become culpable in the absence of aggressive approach towards winning the war against the said Monkeypox. 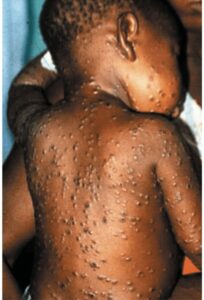 This is not a blasphemy in anyway, because the truth and facts are evident without any form of hindrance. For instance, in my area, most people are not even aware of the symptoms of the said Monkeypox talk more of knowing the health guidelines associated with the pandemic. A lot of them are only aware of it resulting from fringe discussions, and do not have concrete information and knowledge about the disease. Unfortunately, you hardly win the war against a pandemic like this without the collaborative efforts of the media, because the role they play in the fight helps in the significant reduction of the number of cases as people have become aware of what to do and what not to do with regards to the health pandemic.

So unfortunately, with people being ignorant of how to contribute in this very war against Monkeypox, then it becomes a case of fighting numerous wars at the same time, which places victory at the farthest end. Yes, because most people will be walking on a totally different lane from that of the health organizations, as such, pitching efforts from both ends against each other. Hence, resulting in a fatal clash in the end. But once everyone is moving in the same direction, it then places victory in the possible nearest destination. 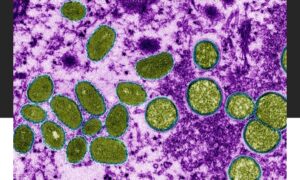 And in all of these, it is the media who can bridge that avoidable and dangerous gap. The media must rise up to the occasion and help the world to win this war at all cost, especially at this stage that things have not really gotten out of control. Yes, the continued existence of this very loophole will definitely be counterproductive to the efforts made in the course of the war against Monkeypox.

#Trending: Why Its Time For People To Give Davido's Fiancee, Chef Chioma A Breathing Space