#Trending: Why Its Time For People To Give Davido’s Fiancee, Chef Chioma A Breathing Space

In recent weeks we have once again been regaled with the enviable love tales of Nigerian music star and DMW boss, Davido and his fiancee and mother of his son, Chioma Rowland, otherwise known as Chef Chi. This comes after the lovebirds were alleged to have gone their separate ways over alleged relationship issues, which neither of the two has ever come out to acknowledge nor address.

Well, at point it became like there’s seemingly some atom of reality in the rumours as the duo seized to appear together in public places like they used to, which gave more credence to the rumours of their separation. On the other hand, things seems to have changed in recent weeks as they have gone back to their old route of love tales which was one of the factors that endeared them to the hearts of millions of people, especially Nigerians. 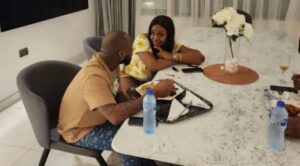 Meanwhile, amidst all of these beautiful scenarios from the new world of Davido and Chioma, a lot of Nigerians have refused to allow the mother of one savour the sweetness of her new found joy and happiness with the father of her son. Yes, it has been Chioma this and Chioma that, with people relentlessly heaping all sorts of blames and criticism on her.

But what is her sin? That she got back with the music star. Sounds ridiculous right? But that’s just the fact on ground and nothing else. They just want her to leave him behind based on their own judgment and wishes. Unfortunately, wishes obviously has refused to become horses for every beggar to ride on.

First of all, Chioma has never come out to tell the public that she’s having any relationship issues with Davido, everything else was based on assumptions and hearsay. So you ask yourself, why are people drinking Panadol for another’s headache? Has Chioma suddenly become a toddler learning to walk? That she is not sure of her steps any longer! 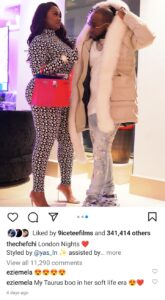 On the other hand, it is so appalling how people have continued to elect themselves “unsolicited” Attorneys in other’s businesses. Yes, it is one of the intolerable trademark attitude of many people in this part of the world, such that you wonder if they are being paid for such roles. And just like I had previously stated, the fact that celebrities must be talked about doesn’t mean we should live their lives for them, no way, we must know our boundaries at every given point.

Chioma and Davido are obviously happy in their relationship, and it is not anyone’s duty to state otherwise. Chioma should be allowed to take control of her decisions and choices with regards to her affairs with Davido.

Meanwhile, I have read lots of crazy postulations from people since the duo rekindled their love interest, including that Davido is probably coming up with a new music project, hence he want to use Chioma to project the imaginary upcoming music project, some equally alleged that the music star is planning a second baby with her, and lots of other crazy things I came across. Simply because they are not happy that the duo got back together to their enviable trademark love tales. 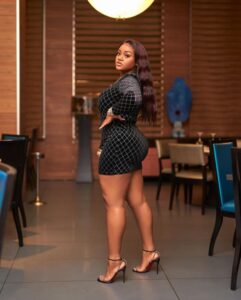 The truth remains that, no matter how much you love or care about Chioma, it is very important you understand that you have no rights whatsoever to dictate activities in her life. And there’s no way you will be responsible for directing her decisions and choices regards what makes her happy or not, it is solely her prerogative!

Therefore, it is time people must give Chioma a breathing space and allow her enjoy her life in the way she deemed fit and necessary. Even if we must talk about some of these things, it shouldn’t come as an ultimatum that she must comply with, else we unleash our bitterness and disappoints on her. This very unacceptable and intolerable trends must stop forth with.