Family indeed is everything and Manuel Obafemi Akanji has once again given validation to that notion. Well, the Nigerian born Switzerland international footballer shared a stunning photo as he hung out with his beautiful family.

The English Premier League defender who plays for the Blue side of Manchester (Manchester City) took to his verified social media account to share the cute picture as he stepped out with his beautiful wife, Melanie Windler, and their two lovely kids.

The football star seized the opportunity of his “a day off” to savour every moment with his beautiful family. Yes, we understand that as a professional footballer, there’s insufficient time on their side to engage in private activities, that’s because they are often engaged in footballing activities, both for their National Team and Club side. 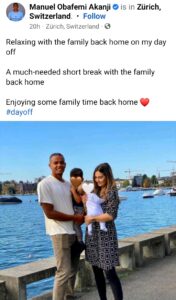 According to Futballnews.com, the duo began dating around September of 2015 when he newly joined Basel, he was not well known at that period. Then in September 2018, they got engaged and while they got married in June 2019 on Mallorca Island. Since then, they have been happily married with two beautiful kids. The couple had in June this year celebrated their third wedding anniversary. 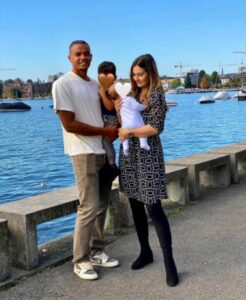 Meanwhile, Manuel Obafemi has continued to grow into a reliable defender for Manchester City under Pep Guardiola. He was in action for his club side over the weekend when they lost to Jurgeon Klopp’s Liverpool following the lone goal of Match scored by Mohammed Salah in the 76th minute of the fiercely contested football match. 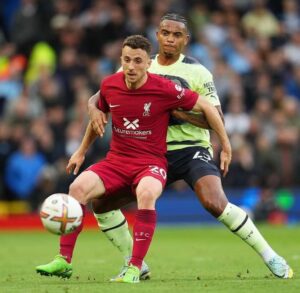 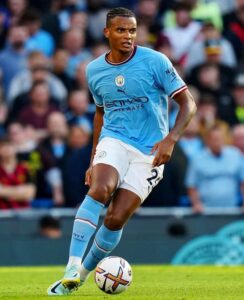 Born to a Nigerian (Yoruba) father and a Swiss mother, Manuel Obafemi Akanji has equally in the past, played for top European clubs like Basel of Switzerland, then Borrussia Dortmund, from where he moved to Manchester City during the last transfer season alongside his teammate at Dortmund, Erling Haaland.