Yesterday being Saturday October 22, 2022, will go down as one of the most memorable day in the life of Davido’s personal logistics manager, Isreal DMW, as he tied the knots with his beautiful wife in Benin City. It was indeed a gathering of top personalities in the industry and all walks of life, including members of the Davido Music World (DMW) crew otherwise known as the 30BG, and the people of Benin were equally aware that men of timbre and calibre were in town.

Davido and his fiancee, Chioma Rowland (Chef Chi), Cubana Chief priest and several others were all in attendance in person, to add their usual celebrity and flamboyant glitz and glamour to the occasion. The marriage ceremony has continued to generate lots of buzz and mixed reactions from people, especially Nigerians, who have hailed Davido for his good heart and humility regardless of both his enviable success story and wealthy family background. Yet he has continued to relate with everyone around him without any form of discrimination induced by the gulf in social class between him and others around him. 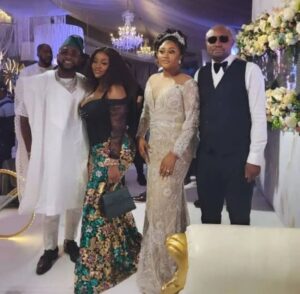 Meanwhile, in all of these, one particular that seems to have captured my attention is the fact that the young man at the center of it all, Isreal DMW, does he really deserve all the love and goodwill shown to him on his very special day? Yes, Isreal DMW deserves it all, as he has proven over time that he is not in the train of those who bites the finger that feeds them. As such, has remained one of the most humble and hardworking associates of Davido for years and still counting.

He has literary given out everything he has got just to ensure that his boss gets the best of service from him. And worthy to note is the fact that, in all of these years with Davido, unlike many of such association, we have hardly heard of any fallout between him and his boss or any member of the group. Unfortunately, most people will think that it has always been bed of roses for him or within the group, especially on the ground that since there’s a lot of money to go round that there will hardly be a germination of issues. That should be one of the most deceptive assumptions or thoughts on earth. 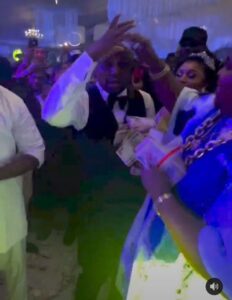 Believe it or not, there would have been many times that blood might have boiled so high within them, but what Isreal DMW is reaping today is actually part of the things he had done in the past for the sake of lasting peace and cordial existence within them, especially between him and his boss, Davido.

Do not be deceived, working with celebrities and superstars is one of the most challenging and herculean tasks you could ever imagine.

I have been privileged to work with lots of celebrities in Nollywood, and I totally understand the pressure, heartbreaking experiences, nasty situations, etc, that characterizes that association, of which a lot of people can hardly cope. That’s why you see many celebrities and superstars changing managers and personal assistants (PAs) often, it all boils down to the issue mentioned above. In fact let me brief you, if you are able to work for or with these personalities for up to a year, then you have got it. If you are outside this circle, you will obviously not understand the things therein, as such, you will not understand why I’m happy with the love and treatments meted out to this hardworking and humble young man from Davido and his associates. 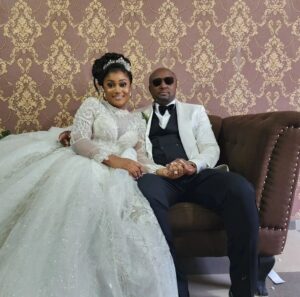 So, the life and story of Isreal should be a role model to most people out there, especially the young people who are still looking out for a breakthrough in their career or pursuits. In other words, good character will take you to places, fetch you favour and love beyond your thinking, yes, because just like a saying went thus, “a bad character is like a flat tyre, it takes you nowhere”.