The beautiful actress who equally goes by the name Snowhiteey has already added her latest title to her name on her official Instagram page as “Dr. Precious Chikwendu”. 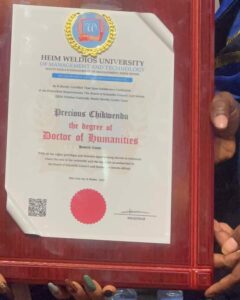 Meanwhile, the award which was presented to her during the school’s graduation and matriculation ceremony was equally presented to some other notable Nigerians like Nollywood actor, Jerry Amilo, popular Nigerian comedian and entertainer, Dr. Afamefuna Klint Igwemba, popularly known as Klint da Drunk, among others.

In the post, she equally recognized and congratulated her fellow awardees already mentioned above, and also extended her congratulatory messages to some of the students under her scholarship scheme made possible through her foundation, who are either graduating or matriculating. 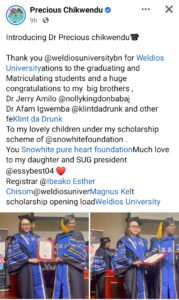 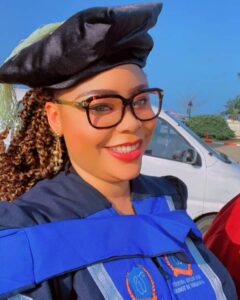 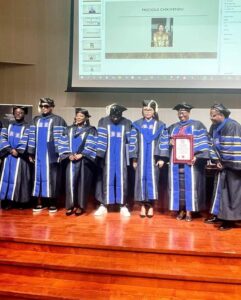 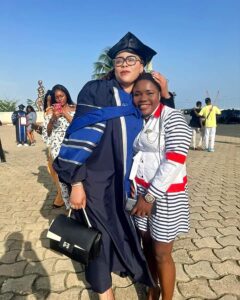 Meanwhile, she has joined the growing list of notable Nigerians who have in recent times/years been awarded different honorary doctorate degrees by different universities, both home and abroad. 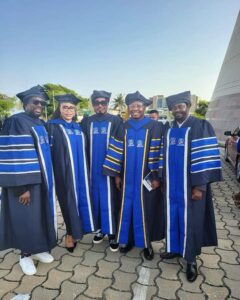 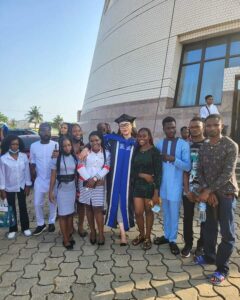 Recall that Precious Chikwendu recently got back with her estranged hubby and Nigeria’s former Minister of Aviation, Femi Fani Kayode, following a long period of bitter divorce culminating into a bitter legal and media tussles between the duo, including several accusations and counter accusations made against each other.

In one of her most recent social media posts, she frowned at those who have continued to trigger crisis and misunderstanding between her and the father of her four sons. She sounded a warning note to those involved to desist as such actions have severe consequences on the lives of their sons who doesn’t need all that drama anymore. She went further to make it clear that she will continue to respect the father of her sons even though they are only on talking terms and not back as a couple.