The Ooni of Ife, otherwise known as Oba Enitan Ogunwusi has been in the news in recent times following his marriage spree. News making rounds is that the revered monarch is allegedly set to take his 6th wife tomorrow, Monday October 24, 2022.

According to LIB, the Ooni of Ife will be marrying Temitope Adesegun as his 6th wife. According to same source, this was made public by Ooni’s spokesman, Moses Olafare via his social media platform on Sunday, October 23, 2022. The post further revealed that the Ooni’s newest bride is a Princess from Ijebu Land. 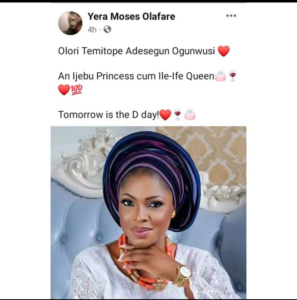 Recall that the Ooni had on September 6, 2022, married the Admin Manager of Nestoil Limited, Mariam Anako, who reportedly hails from Ebira in Kogi State. Meanwhile, as his marriage with Anako crashed he soon got married to Elizabeth Akinmudai. Then on October 9, 2022, it was reported that he has married Tobiloba Philips from Ondo State, being his third wife, and she’s said to be a former beauty queen.

After that, he equally married Ronke Ademiluyi as his 4th wife, and she’s reportedly the great-granddaughter of the 48th Ooni of Ife, Ajagun Ademiluyi. Then just few days ago, precisely on October 20, 2022, he reportedly got married to a businesswoman and founder of African Fashion Week, Ashley Adegoke, as his 5th wife. 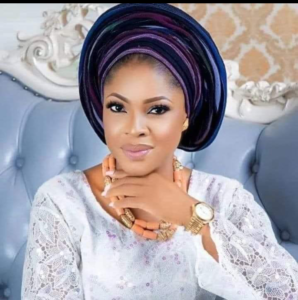 In as much as a lot of people have been reacting differently to the number of wives the monarch has taken so far, it is equally within his sole prerogative to decide how many wives he chooses to marry. Yes, he has not broken any known law yet.