Nollywood Actor, Caz Chidiebere Reveals That He’s a Chiefpriest as He Urge People to Embrace Their Tradition

Seasoned Nollywood actor, director and producer, Caz Chidiebere has left many in the state of awe following the recent revelation about his traditional belief and practices. In a post shared via his official Instagram page, the actor was seen performing some traditional practices in the company of an unnamed old man as he proudly showcases his traditional belief/faith.

According to Caz Chidiebere, he stated that many people who know him are not aware that he’s a Chief priest. He also urged people to stop being ashamed of their traditional values and heritage, as such, they should embrace their tradition and be proud of it as well. 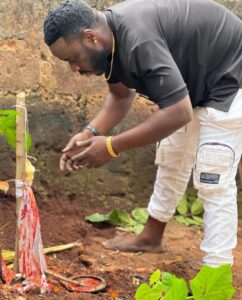 He also advised people to identify and respect their Chi, being one of the most important deity in Igbo mythology, and that once they do that, they will definitely begin to see a positive turn of events in their lives. 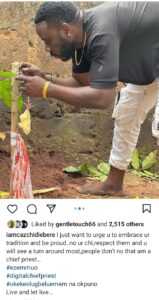 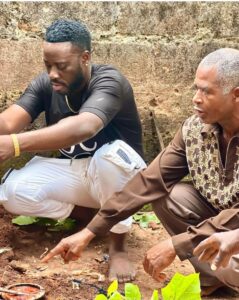 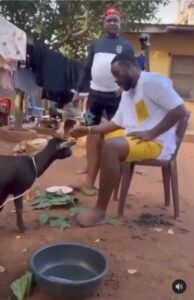 Meanwhile, he is not the only Nollywood actor and filmmaker who has come out to identify with the traditional practices and beliefs of their ancestry, as veteran Nollywood actors and movie directors, Ernest Obi and Ugezu J Ugezu have been on the forefront of those strongly identifying with their traditional beliefs. They too have equally on several occasions urged their people to return to their roots.

Sad: Davido and Chioma Reportedly Loses Son, Ifeanyi After he Drowned in a Swimming Pool