Ifeanyi’s Death: Why Those Blaming Chioma Are Simply Mischievous And Unreasonably Harsh

The unfortunate death of Ifeanyi Adeleke has continued to generate mixed reactions from many people, especially over the circumstances leading to his demise. While some people have tried to exonerate both Chioma and Davido from the death of their son, some others have blamed them for the unfortunate incident, especially the mother of the deceased.

According to some of them, they are of the opinion that Chioma has no business following her fiance, Davido, around, as such, that she shouldn’t have handed her son over to a house help, be it a nanny or otherwise. Well, I think these group of people are obviously going the wrong direction and are equally being unfair in their judgment or criticism. 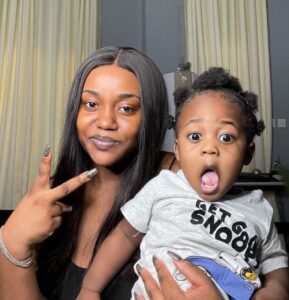 First of all, thousands of mothers have had their kids raised by nannies around the world, and it has never been a contentious issue. Yes, because a lot of parents in today’s world are doing lots of time consuming and tasking jobs or the other everyday, just to meet up with the increasing needs of the family. As such, does not give them the time and chance to be around their kids all the time, or as they would have naturally wished to. And you can’t blame them for that, not at all!

That this unfortunate incident was recorded in the case of Chioma and Davido hiring house helps/nannies does not in anyway make the mother of the child irresponsible or not caring enough. Why must her own case be judged differently and with such a harsh verdict? Is she the first to walk that path, or has she broken any known law?

There’s hardly any mother out there who will not be happy and proud to nurse and raise her child/children, yes- and any contrary thinking is just being dishonest and mischievous. The world is changing and as such, a lot of other things are equally changing, including the way we run families. Couples are increasingly being engaged in their respective careers/business pursuits, basically just to provide adequately for their child/children and otherwise. As such, whatever unfortunate incident that arises along the line shouldn’t be tagged a result of the mother’s irresponsibility or otherwise, such is a dubious and misleading analogy and conclusion, just like we have seen in that of Chioma’s. Besides, it is too harsh of people as well, to start sharing blames and accusations on a bereaved mother who rather needs all the love, care, consolation and sympathy at a time like this in her life. Are you adding salt to her wounds, pretending that you that you care about her plights? Definitely you are just being insensitive and glaringly laced with dubious thoughts, more especially with such harsh and hurtful verdicts.

The blame should rather be channelled to those whose primary duty is to look after the child left in their care and trust, being paid and renumerated in other ways, just for the sole responsibility of ensuring that no harm or hurt comes the child’s way, especially in the absence of his parents. Putting blames on Chioma over this incident is just unacceptable, especially as it is an abominable act of trying to exonerate those culpable in the act of any blame or punishment accordingly. What were they hired for? What are they being paid for? People must take responsibility for their actions, and not to be pushed to some others, as a result of sentiments and whatever prejudice.

If you are talking about the lack of adequate protection built around the swimming pool, then it would have been a good discussion. But blaming Chioma for hiring nannies to take care of her child while she’s away on career/business trips or for some other personal pursuits, is totally unacceptable for me, and people must desist from such. If you want to join the parents in mourning over the death of their son, kindly do it with genuine hearts, and stop adding more pains and sorrows to their lives with your unsolicited blame game and distribution of blames.

#Trending: Why It's Time For You To Stop Building Swimming Pools Inside Family Residences