Davido who is a known social media freak has obviously been absent from social media activities since the unfortunate death of his son, Ifeanyi Adeleke on October 31, 2022, after he drowned in a swimming pool inside Davido’s mansion in Banana Island, Lagos State.

Well, the singer has reportedly made a brief return to the social media world, with activities that has left tongues wagging. According to a report by Punch Newspapers, during his brief return, he deleted all the pinned posts on his Instagram account, including the post announcing his fashion collection in partnership with PUMA, a sportswear giant.

He went further to unfollow several accounts which had previously followed on the platform. As such, that prior to now, he was following about 1680 persons, but now, that it has reduced to 1678 persons. 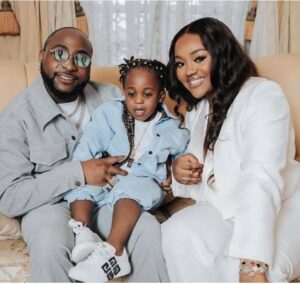 Though there’s no known problem between the two parties, but many have suggested that Davido may have been aggrieved by the fact that the billionaire businessman and his family went on to stage a lavish birthday party at a time others were mourning with him. But be that as it may, time shall tell.

Equally, the report has it that his upcoming musical concert in Atlanta, Georgia, United States of America which was billed for November 18, 2022, was deleted as well, but it is unclear yet if he has equally called off the event.

Meanwhile, a lot of controversies have continued to trail the death of Ifeanyi Adeleke, including the rumours that has refused to die down, that Ifeanyi is still much alive. Even veteran Nigerian investigative journalist, Dr. Kemi Olunloyo alleged same yesterday, claiming that a senior lawyer based in Lagos State revealed it to her.