by admin
in Entertainment, Lifestyle, Opinion
0

Controversial Nollwood actor, Uche Maduagwu has once again slammed it hard on one of his colleagues in Nollywood. This time, his venomous tongue found it way to the doorpost of billionaire wife and Nollywood actress, Regina Daniels.

Uche’s reaction follows a stunning and s*xy new photo shared by the mother of two via her Instagram account, which Uche Maduagwu did not find funny in anyway. The said photo has since gone viral on several social media platforms, with many people lavishing lovely words on the photo, but the Nollywood actor, Uche, thinks otherwise. 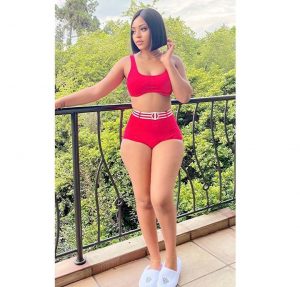 According to the actor, he wondered if the actress has forgotten that she’s now married and with two kids for that matter, and stressed equally that the actress is over doing some of these things on social media. He went on to urge people to borrow maturity in their actions. 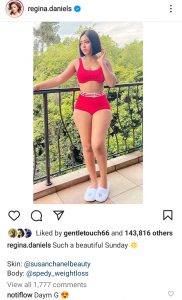 Meanwhile some persons have tackled the actor over his backlash on Regina Daniels. On the other hand, I think it is time for people to learn to mind their business, especially when the action in question does not interfere in their personal life or in whatever they maybe doing. Equally, looking at the photo in question and the location it was taken, you will understand that she was at home.

Also even if the advice from Uche is genuine, it can be done privately to avoid ending up ridiculing the person in question and the motive behind the action as well.

Qatar 2022: Here Are Some of The Surprise Records Already Set at The Ongoing FIFA World Cup Tournament