Aminu’s Freedom: How Both The First Lady and the Embattled Young Aminu Mohammed Goofed Big Time

It is great news that the embattled Aminu Muhammad Adam has finally regained his freedom after many days in incarceration on the order of the First Lady of the country (Nigeria), Mrs. Aisha Buhari, over a certain tweet posted by Aminu which is alleged to have defamed the person and character of the First Lady. The tweet according to several sources reveal that Aminu in the post has alleged that the First Lady has grown fat by feeding on poor people’s money.

The news of his release broke out this news, and it has been greeted with so much excitement as expressed by many people across different social media platforms.

Well, just as lots of controversies and mixed reactions have continued to trail this matter, it is equally very important that we come together to look at some important issues in the saga. Moreso, there’s the need for everyone to approach this issue with a clean and rational mindset, totally devoid of any form of sentimentalism, prejudice or otherwise. It must be a sound discussion. 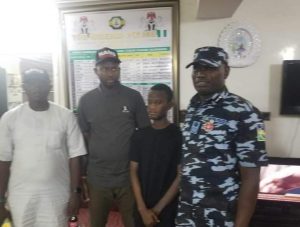 First of all, the First Lady have some portions of blames to take home, regardless of whatever angle you chose to look at it. Yes, she ought to have acted like a mother in the face of the entire episode, rather than swiftly unleashing her dreadful weight on the poor boy, regardless of whatever be the case or his sin. Don’t get this twisted, ask yourself, should it be that this young man was her son, would she have subjected him to all that he went through? The answer is an affirmative “NO”. That’s were the issue of mother’s compassion, tolerance and understanding comes into play, not necessarily fixating her gaze on the subject matter as a pathway to activating her venoms.

Aminu is young enough to be her son, as such, she could have explored some other much acceptable options in the matter, such that she will not have plunged herself into the bad books of majority of the public, who have now left the subject matter and focused on the handling of the case. For instance, what happens to inviting the boy, and probably along with his parents/family members, scold him over his wrong act if need be, afterwards he is seriously cautioned, just like she could have done to her son if a situation like this presents itself in her family/household? Unfortunately, her poor handling of the matter has portrayed her in a bad light, and has inevitably drawn her against majority of the public, and now, she is possibly at a silent/cold war with these members of the society. 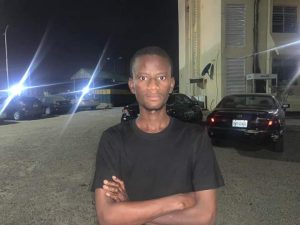 On the other hand, we must admit the fact that people must be extremely careful/cautious with the sort of things we write about people, whether be it about those in the corridors of power or not. This might not be palatable to a lot of people out there, but the truth must be told regardless of how bitter it may taste. A lot of people in this part of the world just go to the social media platforms to write anything about people, without minding the grave consequences of such, either to the author or to the person on the receiving end. Majority of us care less about all that, we just want to pour out our hearts, bitterness, anger, frustrations, etc.

Yes, we all know that our political leaders have hardly treated us like humans from time immemorial, which as a result has triggered cases of extreme frustration, anger and bitterness across the country, but that shouldn’t be an excuse for throwing caution in the wind, especially with regards to the subject matter. Equally, considering the sort of country we have here, it is enough reason for people to be extremely mindful of their actions, just to avoid the ravaging and sweeping high-handedness of our so called political leaders. That doesn’t mean that we won’t speak up, no, but we must take precaution, and equally take our safety into consideration, because in this part of the world, there’s freedom of speech, but freedom after speech is what I can’t guarantee anyone.

Unguarded utterances should be avoided at all cost, especially such without legitimate evidences to back it up, more so, when it has to deal with the political class, who have trademark of ruthless and brute nature. The general public may hail you, spur you and make you feel like Prof Wole Soyinka, Ngozi Chimamanda Adichie, Oby Ezekwesili, or the late Prof Chinua Achebe, but when the chips are down, you suffers it alone. But bear it in mind, I didn’t say we should be cowards in the face of all sorts of evil and leadership ills, but we must use our number six at all time. 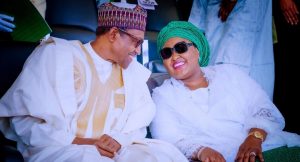 Yes, if we must confront evil, especially in this part of the world, let’s be equipped with the necessary gadgets to defend ourselves when the monster come hunting for our legs. Let’s stop the band wagon lifestyle, it is often a very dangerous approach, let’s apply strategic approach, such that is often indefatigable. Yes, because of one of the most dangerous thing about the band wagon approach is that it will not allow you understand your strength and weakness, as such, you are likely to jump into a river that’s very likely to swallow you completely. In other words, what worked for Mr. A may not work for Mr. B, yes, because Mr. A might get away with his sins because of his name or otherwise, but you might not have same privilege or opportunity to walk free as well.

Have it in mind that regardless of our feelings or rioting emotions, we must accept the fact that there’s consequences for every human actions, and we can’t rule that out completely. Therefore, while we engage in any battle, it is equally important that we know and understand the consequences of our activities/actions, which will definitely help us in preparing better for the battle ahead.

So remember, to be forewarned is to be forearmed!

(Written by Okwor Maxwell Onyeka, Nollywood filmmaker, Nigerian writer and author of a couple of books like Vengeance of the Spirit, The Hypocrisy and Deceit With The Feminism Ideology, etc)