No doubt, a lot of people, especially Nigerians have been left totally heartbroken after watching the expository video made by veteran Nollywood actress, Empress Njamah, were she revealed some of the worst moments of her life in the course of her relationship with a certain young man, who on the other hand sneaked into her life in the guise of wanting to marry the actress.

It is so unfortunate that our own darling Empress Njamah had to go through such a devastating experience all in the name of love and desire for marriage. But is it the first time such has happened to a woman, most especially from this part of the world? The answer is a thunderous ‘NO’, as it has happened to countless women. Even, many women go through worse case scenario repeatedly, and only a few make it known to the public, while many remain hidden and buried, for several reasons and factors.

Unfortunately, many of our women have failed to learn their lessons from such, hence the reason many have continually fallen victims of same or similar predicament over time! 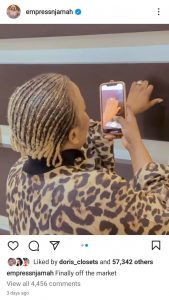 This bitter truth must be told, and it is a fact that many women allow themselves to be messed up, severally and repeatedly, all in the name of fake promises of marriage by some dubious and criminal minded guys. And most at times, some of these women who are desperate to be married fail to apply wisdom and equally make use of their God given brain. They are easily deceived and equally carried away by the fairytale, fantasies and well orchestrated manipulative strategy of these men.

In as much as no one is above making mistakes, it is so sad to see an advanced and experienced woman like Empress go through this sort of mess and regrets. I even commend the actress for her courage to speak up, yes, because most women in her category won’t dare do such, they prefer to die in silence. If you have watched the video in question, you will see were she mentioned that a lot of other women she know have their nude videos in the phone of same guy, ans she equally urged them to speak up just as she has done. 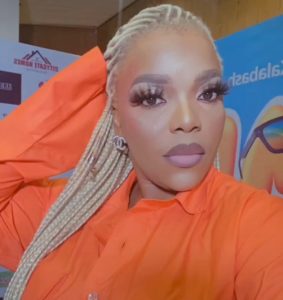 This brings me to the question, how on earth do most of these classic women get to this point, that they easily allow some of these guys get hold of their nude videos and photos, just in a matter of few weeks/months of knowing each other? It is really baffling and incomprehensible how they subject themselves to such ridicule, frankly! Is it that these women are charmed, hypnotized or what? Unfortunately, this won’t be enough lesson for others, yes, because many of them will still fall victims of same issue, repeatedly.

I can’t figure out why a woman should house a total stranger all in the name of love or promises of marriage? Someone you barely know anything about him, just that you have been deceived with his fake promises of love and marriage, then you have quickly lost control of yourself, throwing caution to the wind, and you begin to dance naked in the market. Besides, a man who claims that he wants to marry you can’t afford his own apartment, regardless of whatever excuse he comes up with? At that juncture, are you not seeing the danger signal already, or you are being blinded by stupid feelings and fantasies?

It’s high time women began to grow above their trademark desperation for marriage, because it is one thing that plunges them into this kind of embarrassment and public ridicule. Stop trusting like dummies and start making good use of your God given brains. Marriage is a beautiful thing, no one is arguing that, but stop being st*pid in the face of “promises of marriage”, be wise enough at all times.