Ifeoma Ivy Zeeny: Is she The New Found Soulmate of Paul Okoye of Psquare?

Paul Okoye of the famous Psquare musical group has left tongues wagging since yesterday, Sunday of December 11, 2022, following series of post he made via his verified Instagram account. Just as many are still in doubts over the rumoured breakup of the singer, otherwise known as King Rudeboy, with his erstwhile beautiful wife, Anita Okoye, who’s equally the mother of his three kids, he now seems to have cleared that very doubt in the minds of people.

The singer took to his social media platform to share a suggestive posts, which may have given backings to the rumours of their breakup and that he has equally found love with another beautiful woman, in the person of Ifeoma Ivy Zeeny. Yes, you heard it right, because the singer stepped out with Ivy for a Church service same yesterday, he went further to share a video of their romantic moments in the same attire they wore to Church.

One the other hand, in one of the posts in question, the singer expressed gratitude to God, while he equally celebrated one year anniversary in another of the posts. Did it end there? No, the duo equally treated themselves to a very sumptuous meal after they must have returned from Church. As such, all of these gave more credence to the rumours flying up there, and you can’t really blame anyone in that very bandwagon.

See some of the posts below… 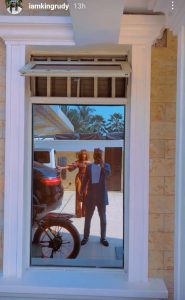 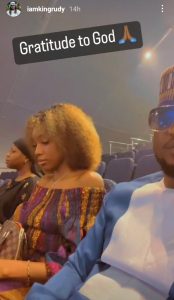 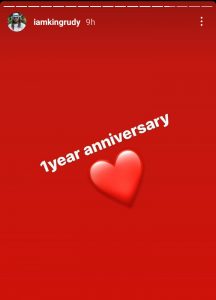 Meanwhile, following the buzz the posts have continued to generate, a lot of people also came hard on Ivy, trolling her on different platforms the news was shared, even down to her own social media space. Well, the trolling expectedly triggered her own unsavory reaction, in which she stated that many bitter souls are just hovering around the earth, but ended by saying that it is left “between you and your God”. 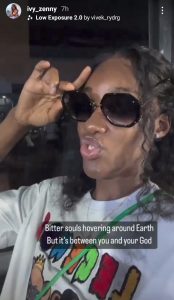 In as much as their relationship have not been made official, at least through an official statement released by either of them, just to set the records straight, but rumours has remained rife for quite some time now, regards their alleged love affairs.

But one of the most confusing aspects in the entire episode is the fact that Rudeboy is celebrating one year anniversary, so what is he actually celebrating? Have they been married for a year now? These are some of the vague and mystery situation surrounding the entire episode, but it is only time that will tell.

The Insincere Resentment From Most Nigerian Women Against Man's Polygamous Lifestyle