by admin
in Lifestyle, News, World
0

King Charles III was at the Buckingham Palace this afternoon, Friday, September 9, 2022, as thousands of well wishers gathered outside the Palace, as King Charles returns to London following the demise of his mother, Queen Elizabeth II, who died yesterday, September 8, 2022, at the age of 96.

King Charles III who was accompanied by his wife, Camilla, Queen consort, was beaming with smiles as he highlighted from his Royal car following a flight from Scotland. The crowd were seen shouting “God Save the King” which was followed by a kind of impromptu recitation of the country’s national anthem. 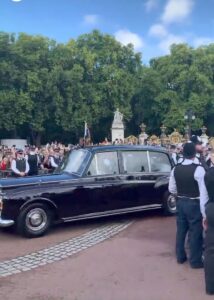 The couple also took out time to inspect bouquets of flowers littered around the gate of the Buckingham Palace, while he equally shook hands with some of the well wishers who had equally gathered outside the Palace.

After which, they proceeded to the palace, where he addressed the Common Wealth Nations for the first time, during which he lavished encomiums on his late mother, Queen Elizabeth II. 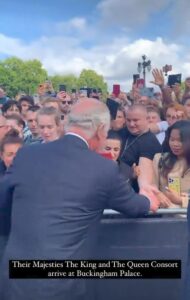 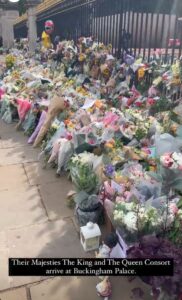 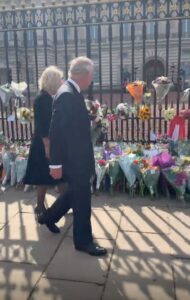 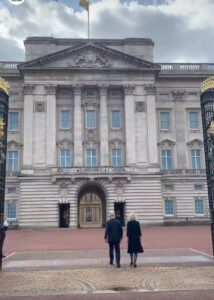 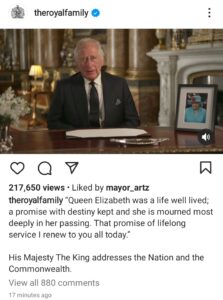 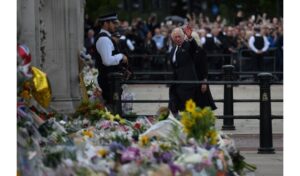 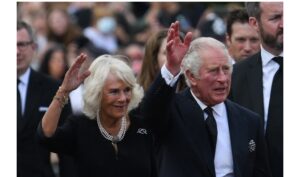 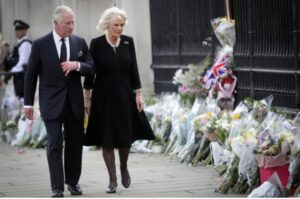 Nigerian Lady Offers Her Kidney to Save The Life of Ike Ekweremadu's Daughter, Sonia Ekweremadu