There have been this age long and unending debate and argument on the acceptability of the adoption of polygamy in our society, with many still on divided opinions till date. Well, recent events have continued to give adequate credence to the hypocrisy attached to all the noise generated by the seemingly faked resentment over the acceptability of polygamy in our society.

Does this sound harsh to your ears? Yes, I know it does, but dear, this is just the bitter truth which we must deal with. Before we proceed, it is worthy to refresh our memories that just few days ago, Nigerian music star, Portable Zazu welcomed his fourth child with his third baby Mama, according to Legit News. 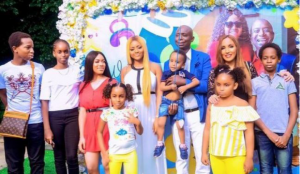 But this is just a tip of the iceberg compared to the already piled up names on that very list, which did not happen centuries ago but happened in recent times/years. For instance, we are familiar with names like 2baba, Billionaire Prince Ned Nwoko, late Alaafin of Oyo, late Odimegwu Ojukwu, Flavour Na’abania, Ooni of Ife, several well known Monarchs in the country, and many others which cuts across different walks of life, including both in the political, business and entertainment circle. From the aforementioned, what were you able to deduce from it?

Well, the truth here is that most of the women in this part of the world who project resentment about polygamy are actually doing so for the sake of the bandwagon influence, not actually because it came from their sincere hearts. Yes, their resentment is first anchored on the factor that they want to please popular opinions, while on the second hand, it is as a result of the type of man in the center of it all. Definitely, once he’s well to do, such faked resentment is given a comfortable seat in the waste and may never return again. You can actually argue this with yourself simply because of your stubborn sentiments, yes, because several events have actually proven our narrative right. 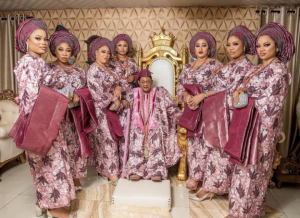 There’s no doubt to the fact that most women here are not sincerely against polygamy, but they are simply against doing it with a broke guy, but once the man’s pocket is heavy and dangling delightfully to their sights, the rest they say is now ‘history’. Yes, if he’s wealthy many of these women will not leave that marriage whether he cheats or he marries more wives. Even some of them who may have taken to social media platforms to raise all sorts of dust as regards, end up not leaving in the end, simply because he’s rich enough.

The truth is that most of these women just want a comfortable life for themselves, their children and their families, and once that is guaranteed, then all the resenting noise about the practice of polygamy immediately dies a natural death and never resurrects again. A lot of them are even fighting to enter into a family with many wives already, of which they are fully aware of the situation of things, but simply because the money is there for them to enjoy life to the fullest, then a silent waiver is granted. 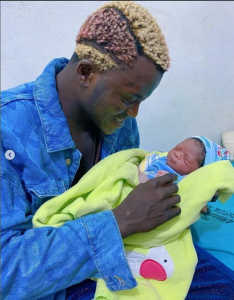 But if it is on the other way round, they quit immediately, dragging the man’s name in the mud as much as they can. In the end, they end up as overnight social media relationship experts/therapists. That’s when you start hearing things like “if he cheats quit the marriage,” “if he marries more than one wife quit the marriage”, etc. Unfortunately, same self acclaimed relationship experts/therapists will not hesitate to dive into that marriage and even become 3rd or 4th wife, or even more, and life goes on for them.

Conclusively, most of these women do not despise polygamy, rather, the best way to put it is that, they do not want to do polygamy with a broke man, simple!