In the past few days, a lot has been said about the relationship between Paul Okoye, popularly known as Rudeboy (Kingrudy) and his new found love, in the person of Ivy Zenny Ifeoma. Recall that the singer and his now erstwhile wife, Anita Okoye, who equally had three kids for him, had separated from each months ago, following a divorce suit filed by Anita Okoye, alleging infidelity on the side of Paul Okoye, and others.

Well, that story seems to have been placed on a pause mode all these while, not until few days ago when Paul Okoye shared a couple of romantic videos with his new found love, Ivy Zenny Ifeoma, which has continued to trigger lots of mixed reactions and harsh criticism of the multiple award winning musician, even till this very moment. Some even went as far as accusing him of walking in the same path as Nollywood actor, Yul Edochie. That both have betrayed the women who were there with them when they were still struggling to find their feet in life- a totally deceptive narrative regarding the issue at hand! 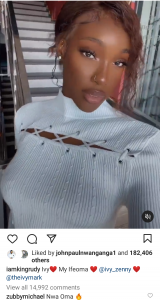 Well, I think this has gotten to a point that people have to stop these unwarranted attacks on the singer and his partner, Ifeoma. Yes, in as much as I’m not in support of infidelity, it is equally important that we must allow people make decisions about their lives the way it best suits them, instead of assuming ourselves as their Attorneys.

First of all, Anita Okoye is the one who filed for divorce, with several reports revealing that she rejected all the reconciliatory efforts made by the singer, which obvious shows that she’s fedup with that marriage. Now, she has moved on, and even allegedly with her ex, though which cannot be confirmed at the moment. Now, the woman has moved on, and people aren’t coming for her head, whereas same people are expecting Rudeboy to pause his own life, continue living in perpetual pains and agony regards their unfortunate divorce. No, it doesn’t work that way, people should be allowed to pursue their happiness in peace and as they deem necessary and right. 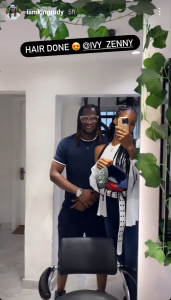 Secondly, would you have expected the singer to keep jumping from one woman to the other? So the fact that he chose to settle with a particular woman has now amounted to commiting a taboo? Truth is that I don’t really understand how some of us come up with our own style of judgment on issues like this, yes, because it is still baffling to me the level of harsh criticism and image denting remarks/comments meted out to Rudeboy and his new found soulmate, Ifeoma. 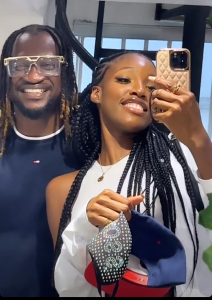 On the other hand, there have never any report or publication suggesting that the singer is a deadbeat father, as such, that he doesn’t take good care of his children with Anita Okoye. One of our major problems in this part of the world is that we are often too emotional and sentimental about certain issues, especially when it involves people so dear to our hearts. As such we begin to churn out irrational verdicts. Sorry, that’s not the right way to doing things, yes you have to understand the fact that sentiments hardly come out with rational thoughts and results (verdicts). 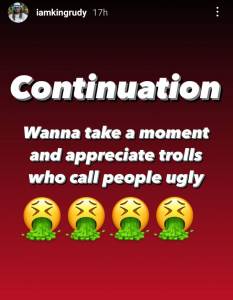 In as much as Paul Okoye owe no one any sort of apology for the life he chose to live, same with his partner, Ivy Zenny Ifeoma, especially when they are both adults and can comfortably fend for themselves. In other words, let’s learn to mind our business and stop drinking Panadol for another man’s headache, just as we have often been found guilty of.

Another area I have not been happy with a lot of people, especially my fellow country people (Nigerians), is when they consistently/repeatedly compare the beauty of the two women, making lots of unprintable and unpalatable remarks about the singer’s new lover. What’s the essence of such incisive and hate inspired comparison? Someone has obviously moved on, yet you people are forcefully trying to drag her into your crazy social media melodrama.

Therefore, while I’m so certain that Anita Okoye has not appointed or assigned any of you as her Attorney or freedom fighter, you must admit the fact that things have changed, and you must equally face the present realities and quit your amebo role.